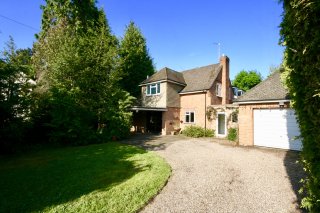 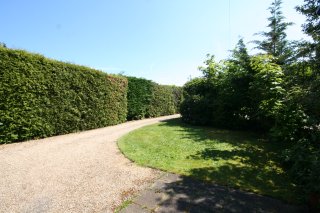 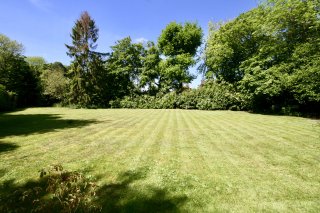 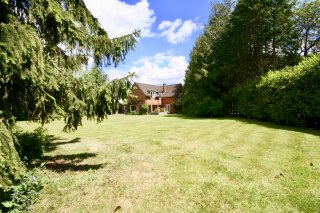 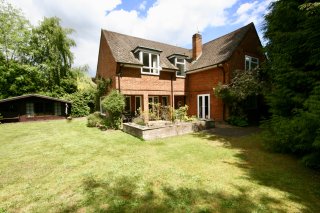 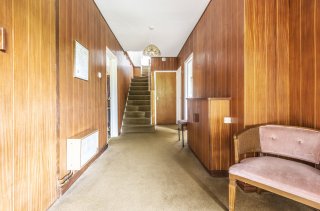 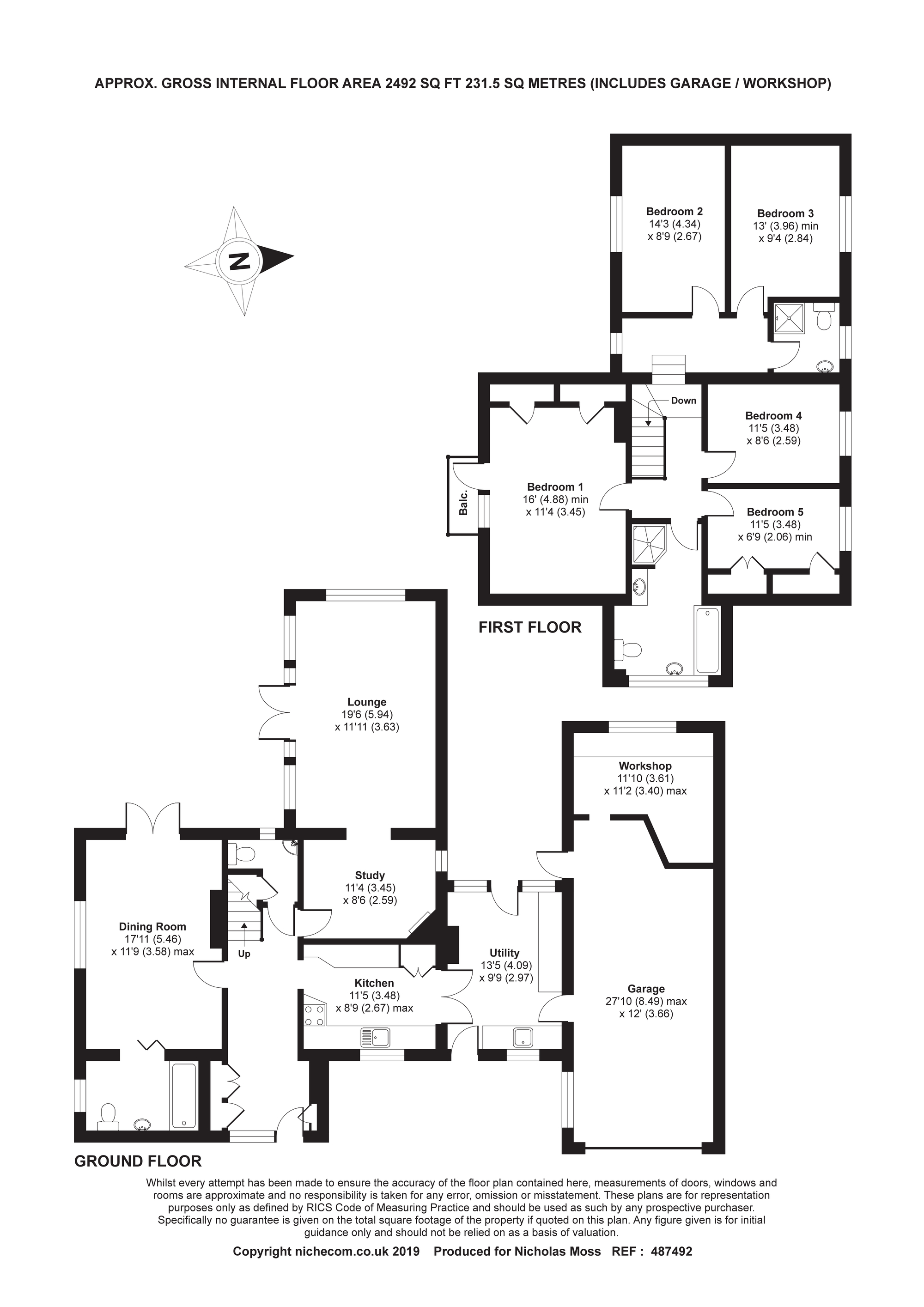 On the market for the first time since originally constructed this five bedroom detached home enjoys a westerly backing and level plot of over half an acre. The house is set at the end of a private close and offers great scope for improvement.

The property is approached via a private driveway which leads up to an area of lawn and parking as well as access to the garage and the main entrance.  There is a large paved porch and glazed front door leading to the wood panelled reception hall. The stairs lead to the first floor and  there are also built in coat and storage cupboards.  There is a step down to the cloakroom which has a circular window and an under-stair storage cupboard.  The main reception rooms are approached from the hall.

The study has a brick built corner fireplace. This room leads to the double aspect lounge which has double glazed windows and doors opening to a rear loggia, patio and the magnificent garden beyond.  The separate dining room is also double aspect and has an attractive brick fireplace and double glazed doors leading to the patio and garden.  This room could be used as a ground floor bedroom as there is a folding door to a large bathroom where there is a wc, bath and hand basin.

The kitchen is fitted with a range of base and wall units with a one and a half bowl sink with waste disposal, a double oven and grill, four ring electric hob, integrated fridge and freezer and a small breakfast bar. There are twin glazed doors to the utility/laundry room which has a further range of kitchen units, a sink, plumbing for appliances and the gas fired central heating boiler.  From the Utility Room there is access to the front and rear garden.  Beyond the utility room there is a door to the garage which has a metal up and over door, light and power and there is further storage above and a workshop to the rear.

From the hallway the stairs rise to a small landing which divides to two further landings.  The main bedroom has two built in wardrobes and a balcony accessed via a double glazed door.  There are then four further bedrooms and a large bathroom complete with bath, two hand basins, wc, bidet and separate shower.  There is also another separate shower room located off the landing.

Outside the westerly gardens are a true feature of the property and are mainly laid to a wide expanse of level lawn bounded by mature shrubs and trees.  There is a substantial timber summerhouse, the rear logia and two patios.  The overall plot extends to just over half an acre and offers considerable privacy and seclusion.